See our innovations & services that are profitable

The carbon dioxide is captured out of the gasses using an amine-based solvent in an absorber. The carbon-rich gas out of your process enters the absorber, where the solvent is sprayed onto a packing which increases the time of contact between the gas ande the solvent. Apart from the residual gasses, a rich solvent with the CO2 chemically bound leaves the absorber to the next step in the capturing process: the desorber.

In the desorber, the rich solvent is heated to a temperature where the carbon dioxide is been released from the solvent. Using this desorption process an almost 100 percent pure CO2 is available to be processed

Although this sounds like a relatively simple process, the unique ability and experience of Carbotreat to select the right solvent & process parameters and an optimal heat integration result in an efficient process delivering a pure gas that meets the requirements needed for further processing.

The world around us changes rapidly, with a growing need for companies to contribute to a global reduction in environmental impact, Carbotreat offers complete Business Cases based on innovative CO2 technology with a viable Return on Investment 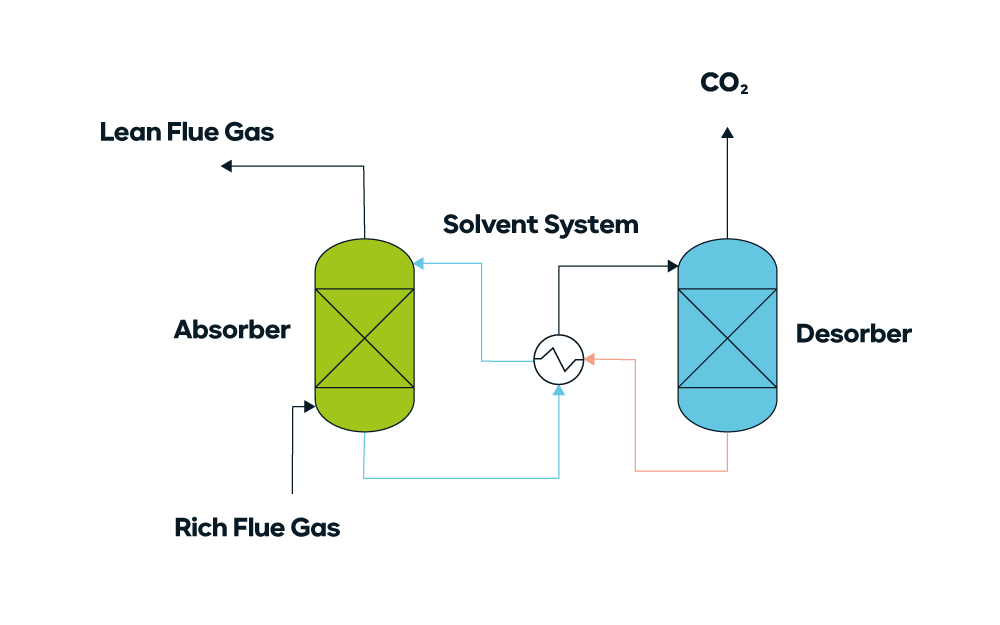 Capturing the CO2  gas out of your process and preventing it from ending up in the environment  is a good first step but also immediately  raises questions about what can be done with the product. In general there are two options: utilize or store the CO2  the first option is to process the CO2  gas further to another usable product, for more information see our Carbondioxide Utilization Technologies. The other option is about our Liquefaction solution to create pure liquid carbon dioxide ready for transportation and eventually usage or storage

How do we bring the CO2 to the right spot?

Let’s look at the possible final purpose or destination of the carbon dioxide. The carbon dioxide market develops rapidly over the last years. The growing need of environmental impact reduction results in projects all over the world developing new technologies and purposes related to CO2.

One of the purposes of liquid CO2 is the greenhouse horticulture. In this sector, carbon dioxide captured from other industries is used to stimulate crop growth and improve its quality.  All Carbotreat solutions fully meet the requirements to deliver to the OCAP Network. 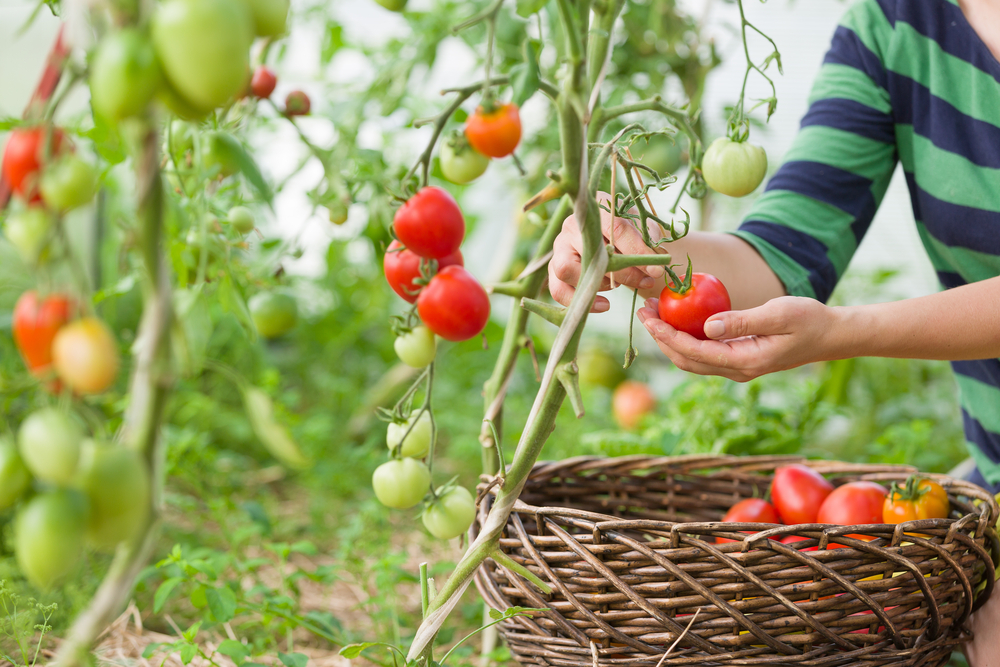 A second development is the reuse of oil and gas winning stations in the sea. An example in Rotterdam is the Porthos project. Porthos provides a new system of pipelines to which companies from the port can connect in order to transport their captured CO₂ to empty gas fields under the North Sea.

Apart from the reuse of the stations, the CO2 can fill the empty gas fields and thereby prevent the negative effects resulting from the formed cavity’s. Since there are a lot of empty gas fields in seas all around the world, Porthos is just one example of many similar projects in a worldwide expanding market. 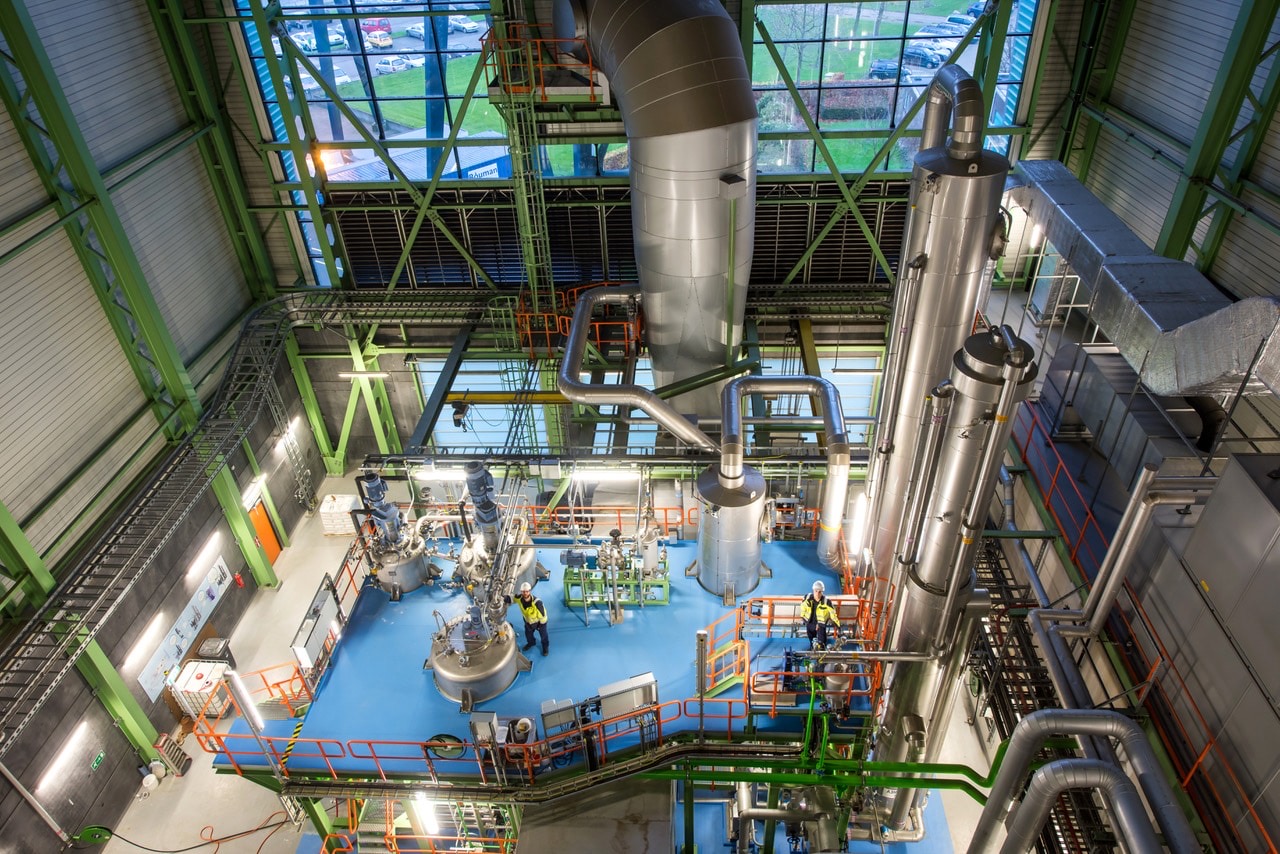 Carbon Dioxide Capture & Storage is a solid option, but using the Utilization technologies of Carbotreat it is even possible to further process the carbon dioxide to other end products in house.

Carbotreat has developed a technology to produce Sodium bicarbonate out of gaseous carbon dioxide. During the first step of the sodium bicarbonate production, the gaseous CO₂ is fed through a Sodium solution in a mixing vessel. While the carbon dioxide creates cavities in the substance it is firmly stirred by an agitator. This step is repeated multiple times to ensure complete chemical reaction. Between the multiple mixing steps, the liquid is cooled down, causing the solution to transition from a Sodium solution to a Sodium bicarbonate sludge. This sludge can either be used directly or dried to a powder form.

Carbotreat has a proven business case where carbon dioxide is captured and further processed to produce sodium bicarbonate sludge which can be used to remove chlorine and sulfur out of flue gas. By injecting the sodium bicarbonate sludge together with steam into the flue gas duct, salts are formed which can be filtered out in a later stadium. This setup is suitable for waste incarnation plants and many other industries.

Carbotreat is part of bouman group